Roger couldn’t make this up – but WP could it seems! 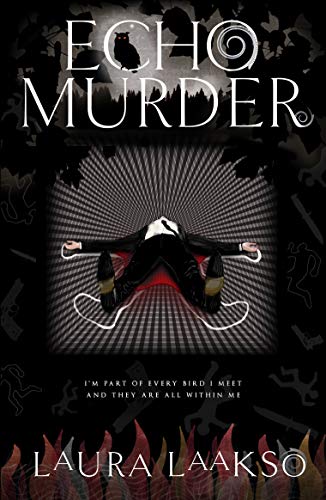 Yannia Wilde returns to the Wild Folk conclave where she grew up, and to the deathbed of her father, the conclave’s Elderman. She is soon drawn back into the Wild Folk way of life and into a turbulent relationship with Dearon, to whom she is betrothed. Back in London, unassuming office worker Tim Wedgebury is surprised when police appear on his doorstep with a story about how he was stabbed in the West End. His body disappeared before the paramedics’ eyes. Given that Tim is alive and well, the police chalk the first death up to a Mage prank. But when Tim “dies” a second time, Detective Inspector Jamie Manning calls Yannia and, torn between returning to the life she has built in Old London and remaining loyal to the conclave and to Dearon, she strikes a compromise with the Elderman that allows her to return temporarily to the city. There she sets about solving the mystery of Tim’s many deaths with the help of her apprentice, Karrion. They come to realise that with every death, more of the echo becomes reality, and Yannia and Karrion find themselves in increasing danger as they try to save Tim. Who is the echo murderer? What sinister game are they playing? And what do they truly want?

Spring 2019 sees the publication of Echo Murder, the second book in the Wilde Investigations series; the first, Fallible Justice, published in autumn 2018. Each investigation is a complete stand-alone story, yet, there is so much more to these novels than the crimes; a world of paranormal races in coexistence with humans so imaginatively, so deftly explored you’ll want to read both books to experience the full magic of author, Laura Laakso’s mind.

In time frame, Echo Murder takes place over 10 days; the ‘first’ murder happening (albeit unknown then) on the day before Fallible Justice ends – a neat touch, one of many that you’ll find. As with Fallible Justice, Echo Murder is set out by days, with indicative chapter headings which further entice and intrigue as you read. The beauty of these books are the core characters and location – Private Investigator, Yannia of the Wild Folk, her apprentice, Karrrion, a Bird Shaman and Detective Inspector Jamie Manning of the Metropolitan Police – operating in Old London, an oasis of magic in a London we know.

In Echo Murder, their interplay, their dependence on each other deepens and grows; with further telling cameos from Lady Bergamon and Wishearth, scene stealers whenever they appear. Overall, a complex plot, a good story, well told; the read not quite as compelling as ‘Fallible Justice’ but that’s simply because it took a while to get back to Old London where, for me, the Wilde Investigations live and breathe.

Eric Daniel Clarke (EDC) asserts his legal and moral rights to be recognised as the writer of the lines, prose and poems of ‘EDC Writing’